The challenge and objective of the Equinox gym was to achieve an appropriate transition from the original space, a parking garage, to the new space, a high-tech fitness facility, despite a lack of visual continuity and varying ceiling heights and scale.

The new design was implemented with the intent of creating harmony between the new conditions and the buildings’ previous use. The oldNew York character of the building was preserved, maintaining the wide Corinthian columns and the loft-like ambiance.

We needed to create a reinforced perimeter inside which various volumes and activities occurred. A strong axis was established from the front reception area back toward the focal point area between the men’s and women’s locker rooms. We exploited the focal point in the plan by constructing an open, interconnecting staircase and established a clear line of circulation. The staircase was also constructed to bridge and unify both the above ground and underground spaces, although the scale of each was very different. One of the overall themes of the project involved layering many materials, textures and colors to create visual depth in a complimentary, yet contrasting manner. The opposing forces within the design, old versus new and upstairs versus downstairs, ultimately came together to form overall continuity within the space. 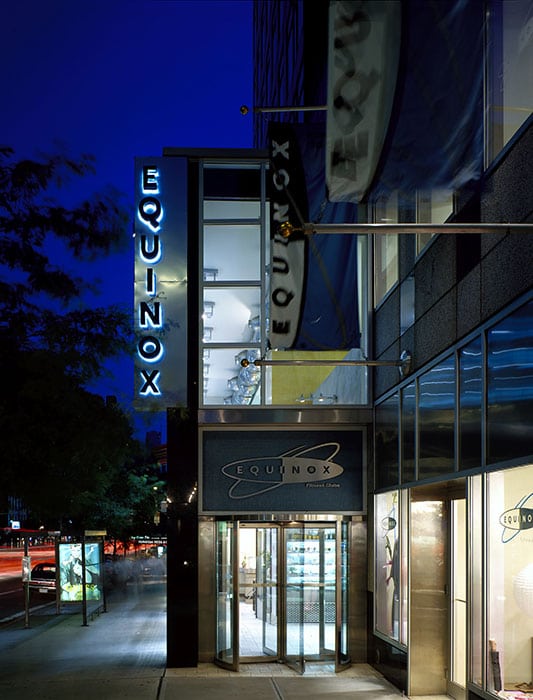 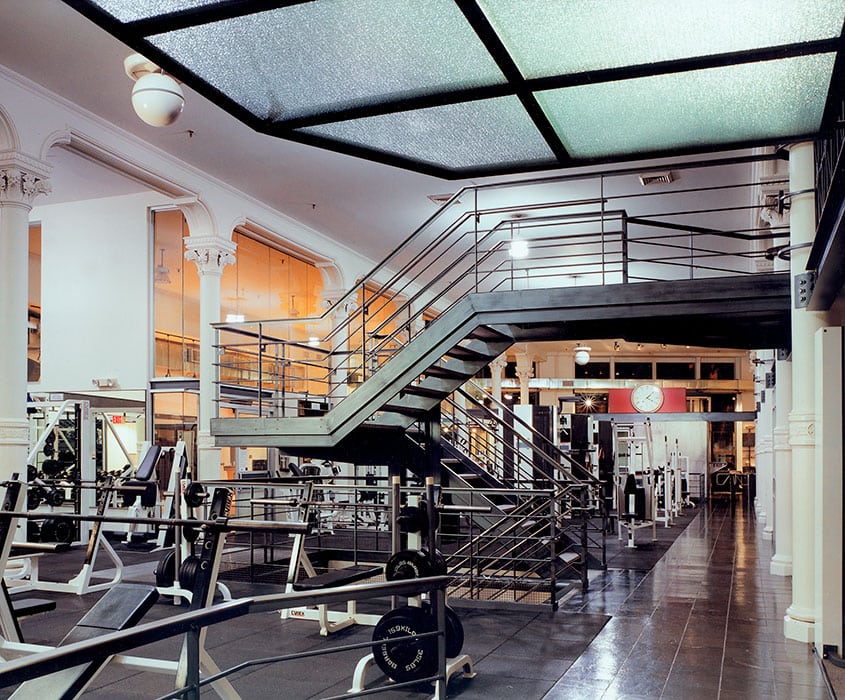 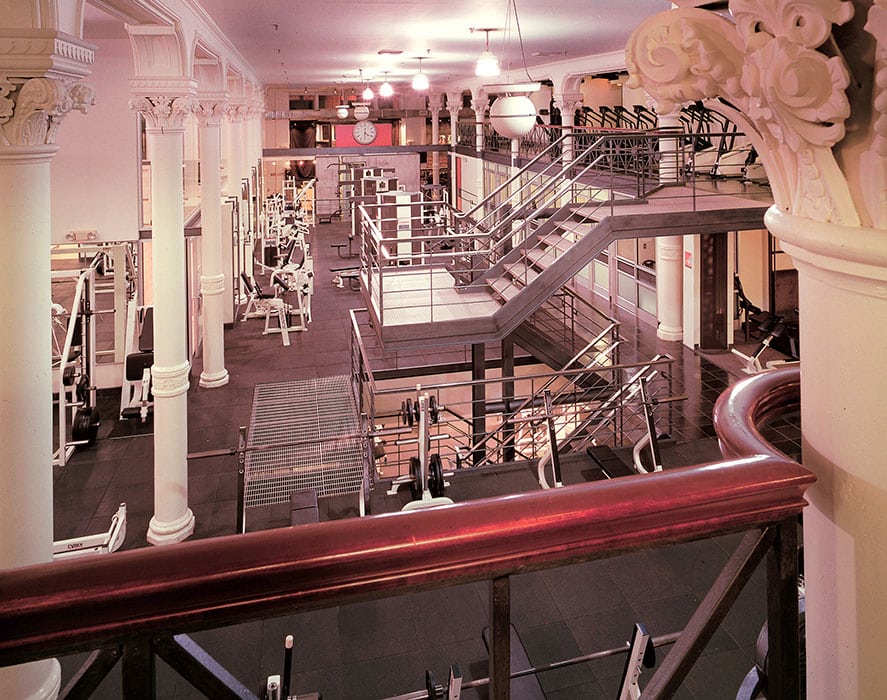 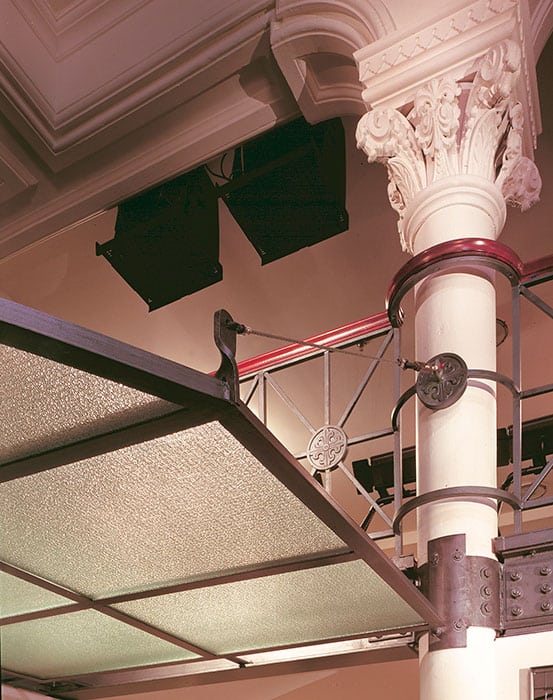 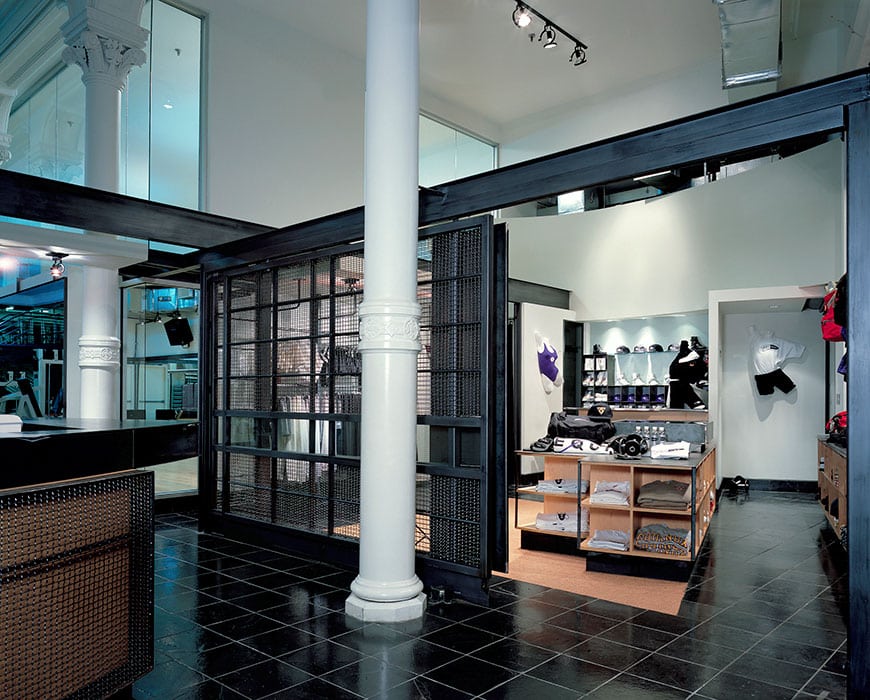 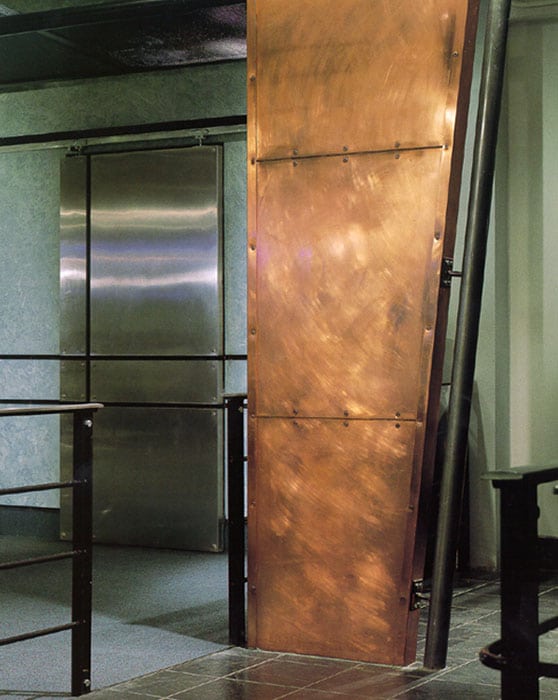 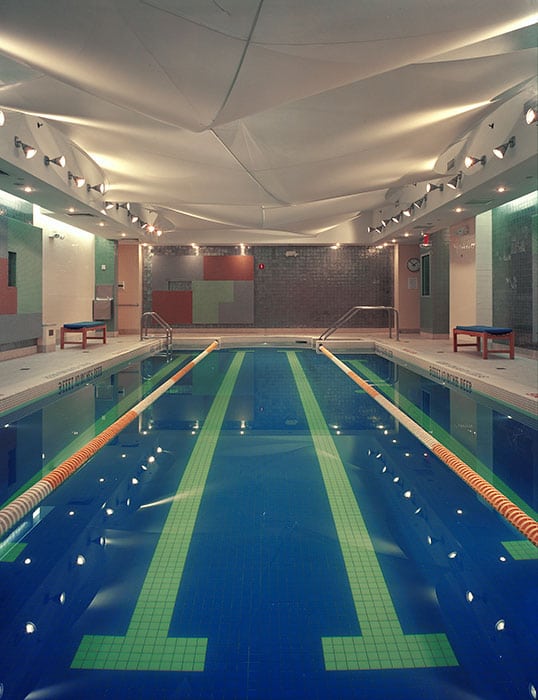 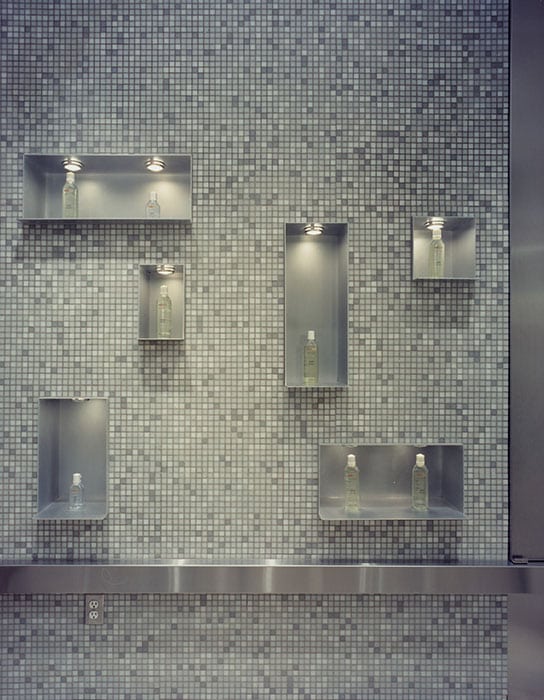 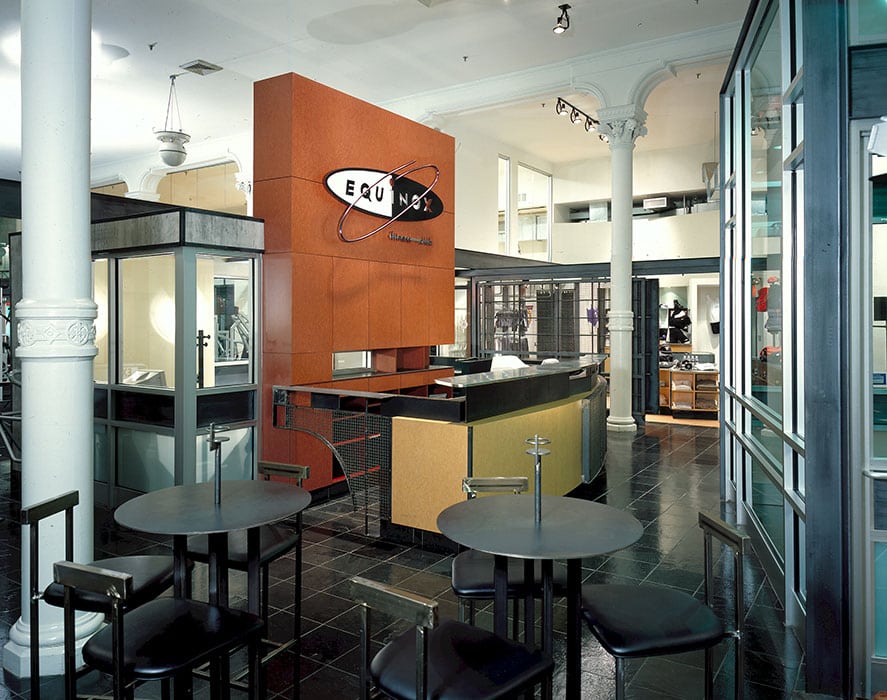 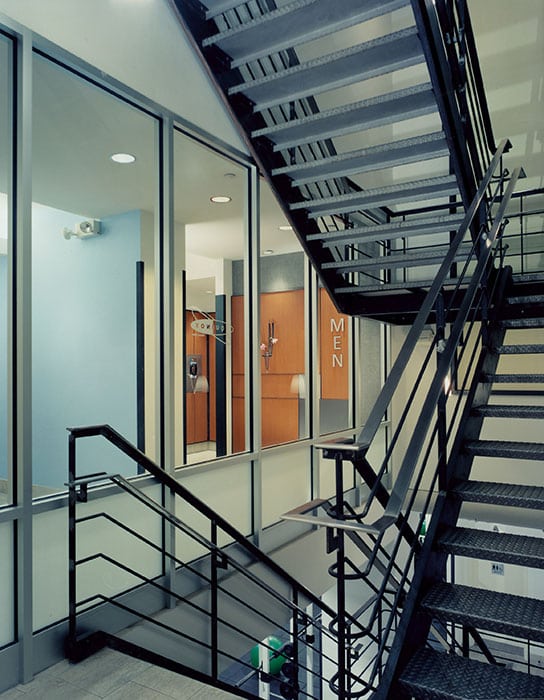 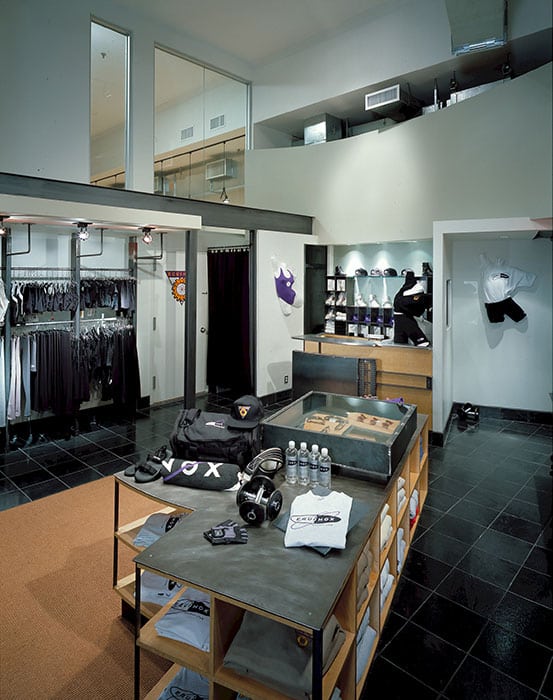 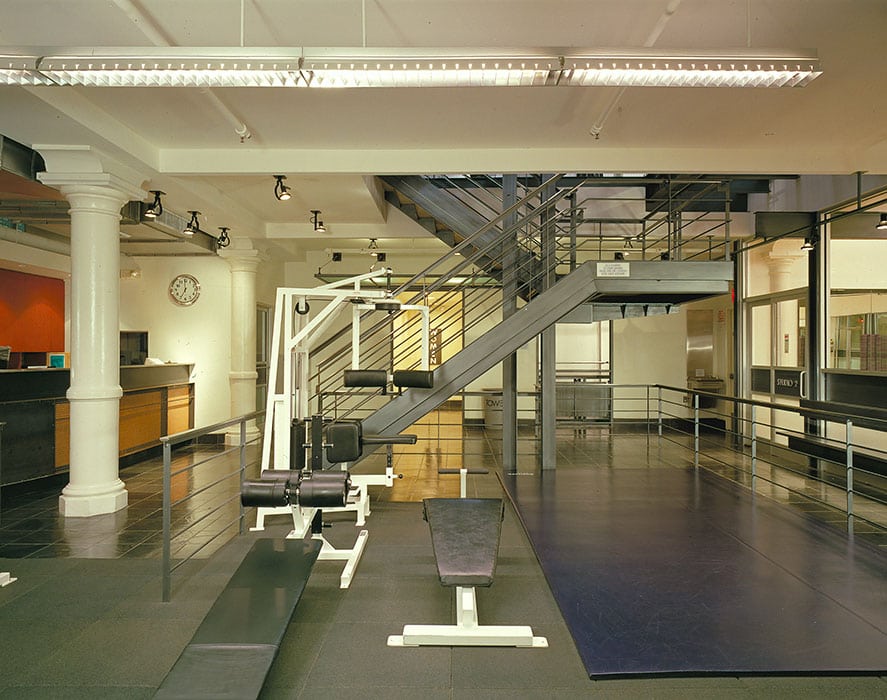