In its fourth expansion in as many years, Esquire Bank further grew its Jericho, NY Headquarters with the addition of this new 4,500sq. ft. tech space dedicated to its technology and software development teams.  The design had to maintain the simplicity and modern sophistication of the prior three build-outs, but this time with a new end user in mind; instead of creating a space intended to impress bank clientele and corporate CEOs, the new Esquire Tech space had to attract young computer programmers to join the Esquire team, which was competing with the likes of Google and Facebook for the best new talent.

From early programming, the space was planned to look, feel, and function like a tech start up, rather than a typical office tenant build-out.  The open-concept floor plan features hotel-type seating to allow full flexibility for the hybrid team, while prioritizing group work area and conference areas in the remaining space, with a custom feature wall of semi-translucent marker-board glass, framed in blackened stainless steel and dark walnut creating a partial separation between the work and conference areas 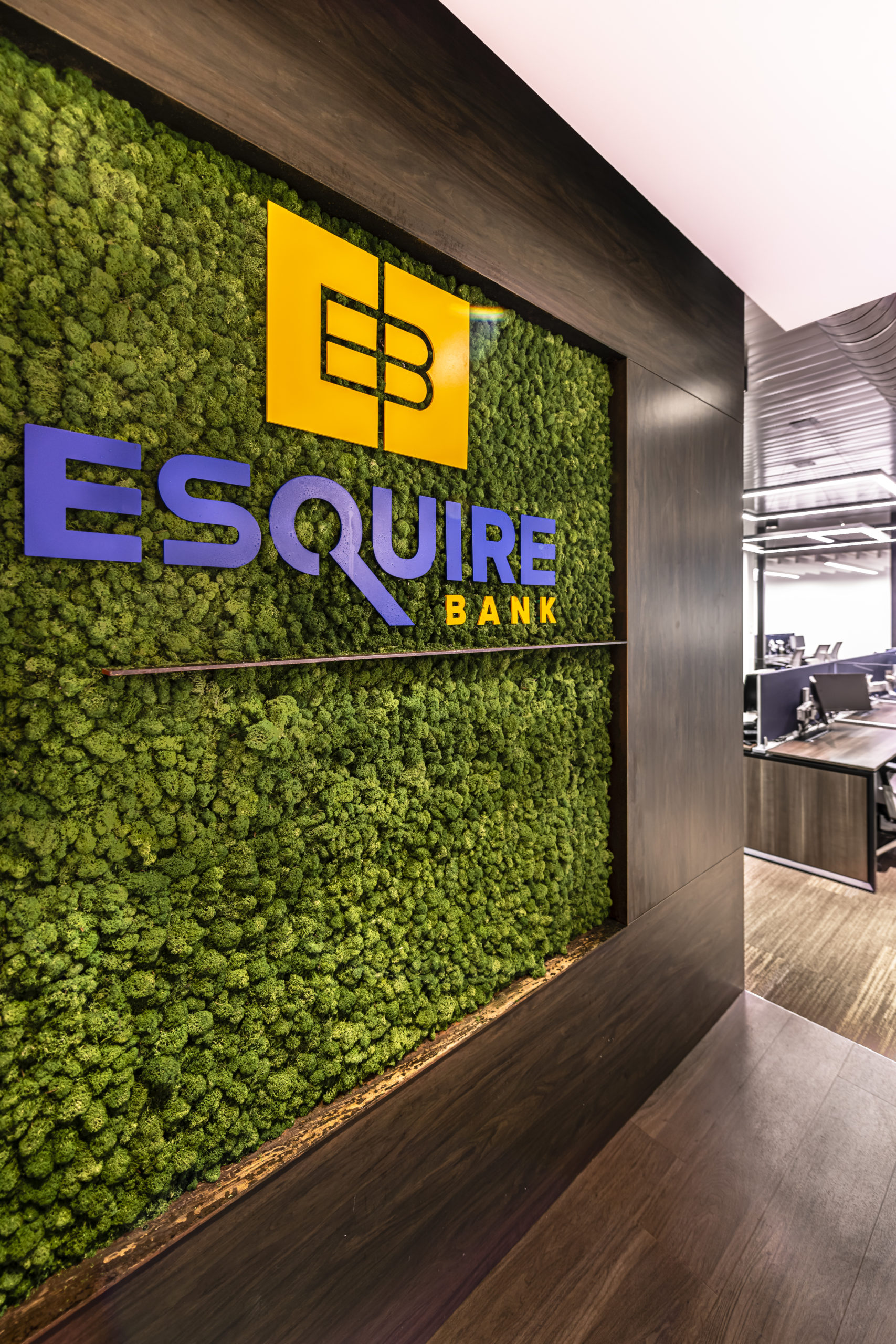 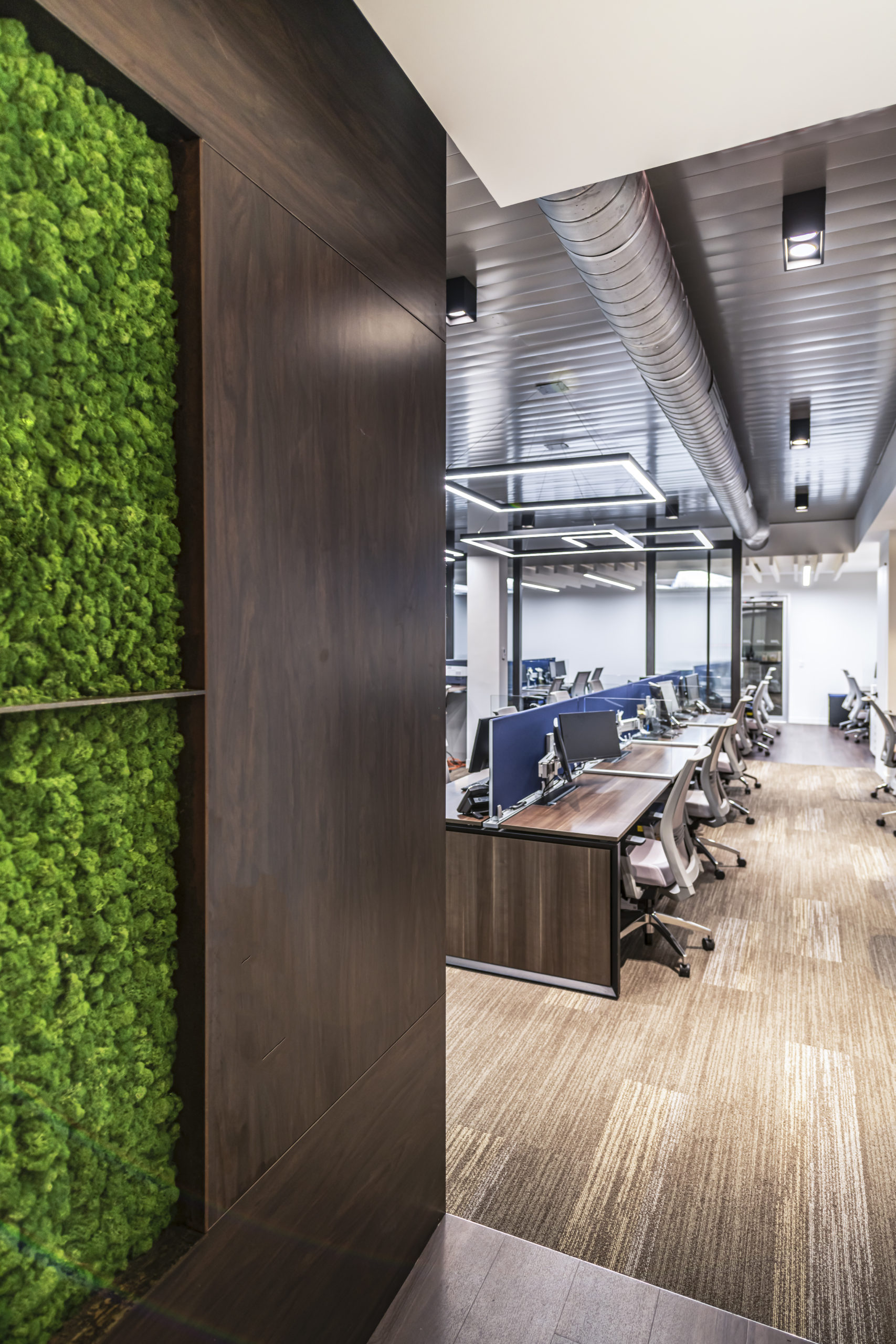 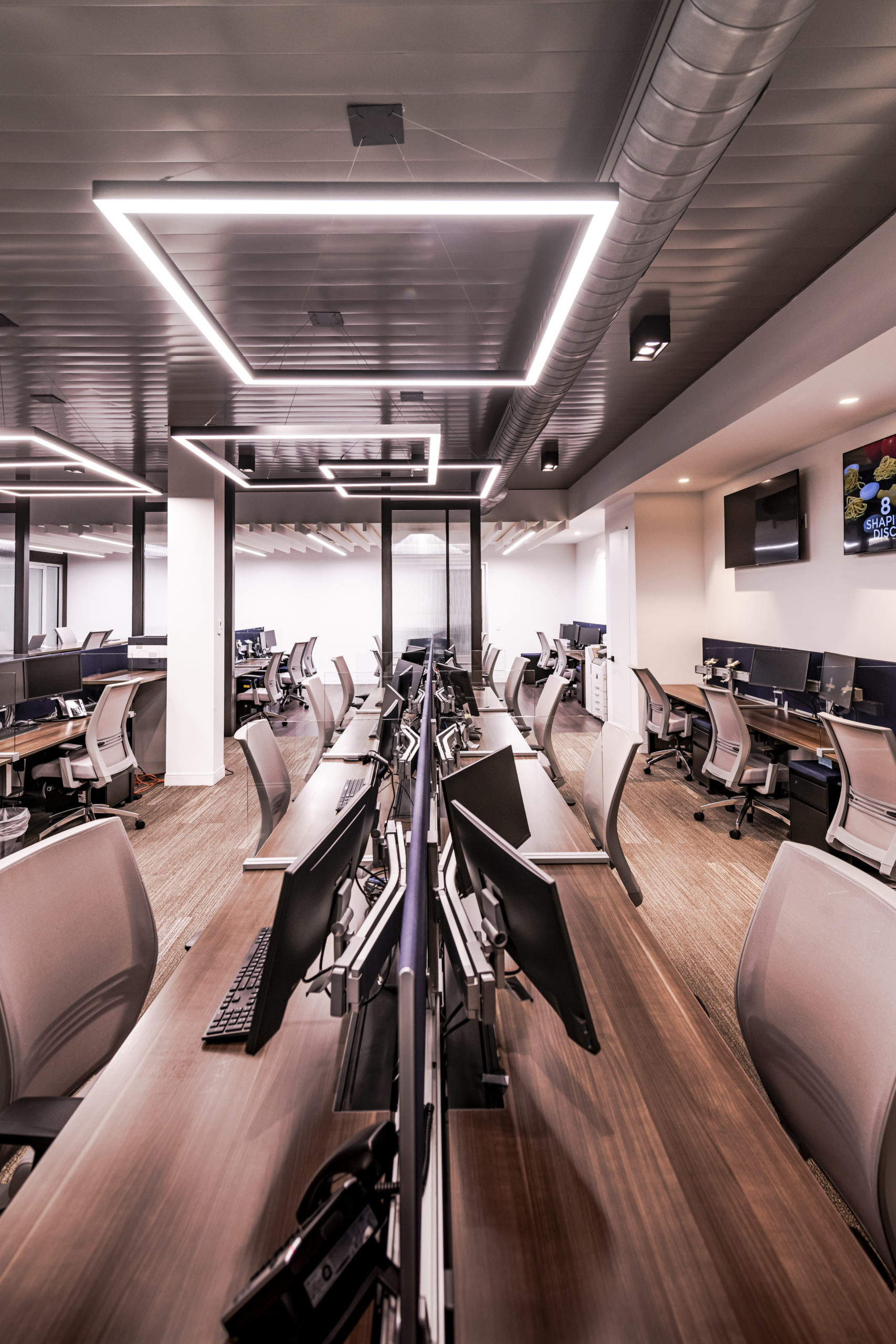 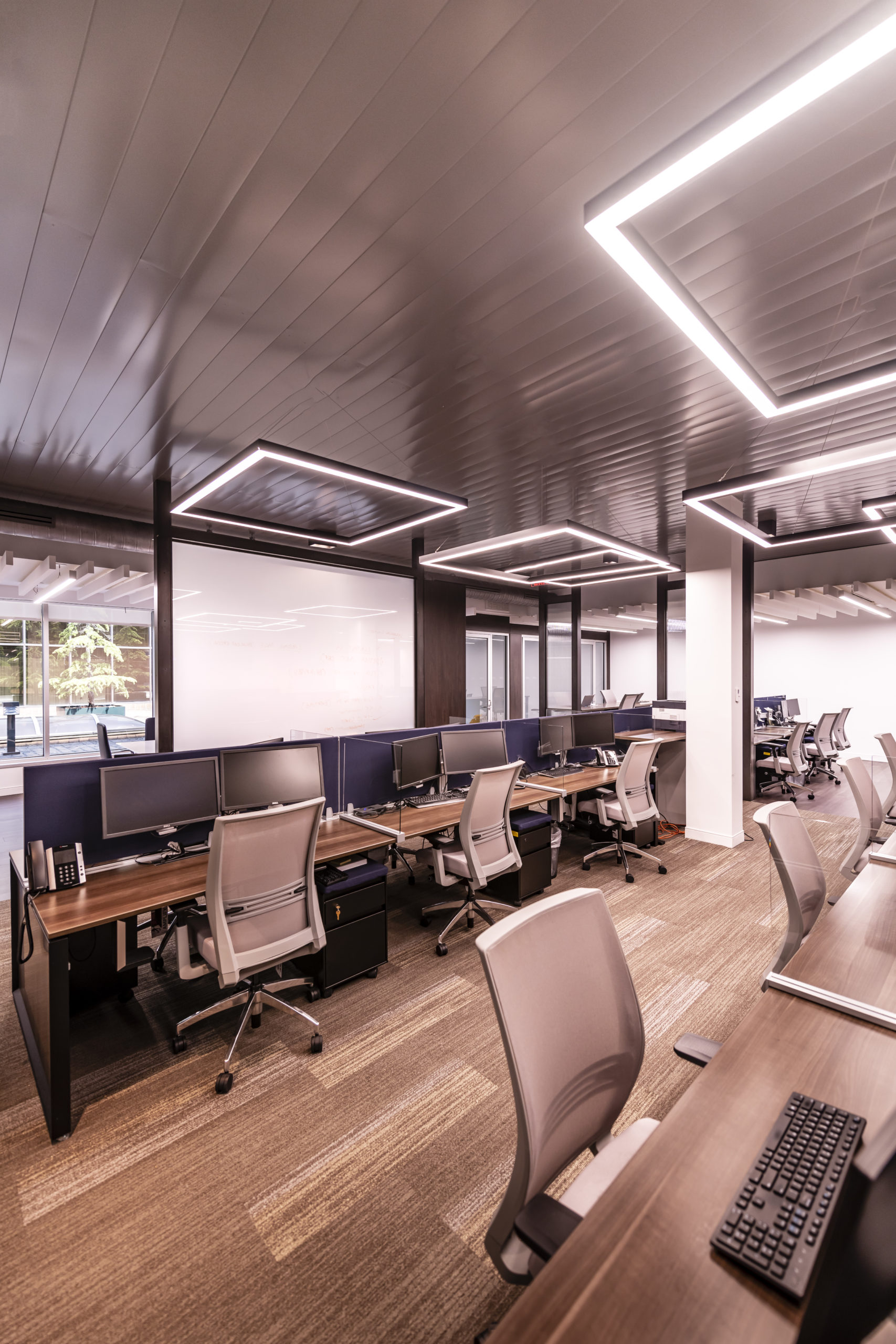 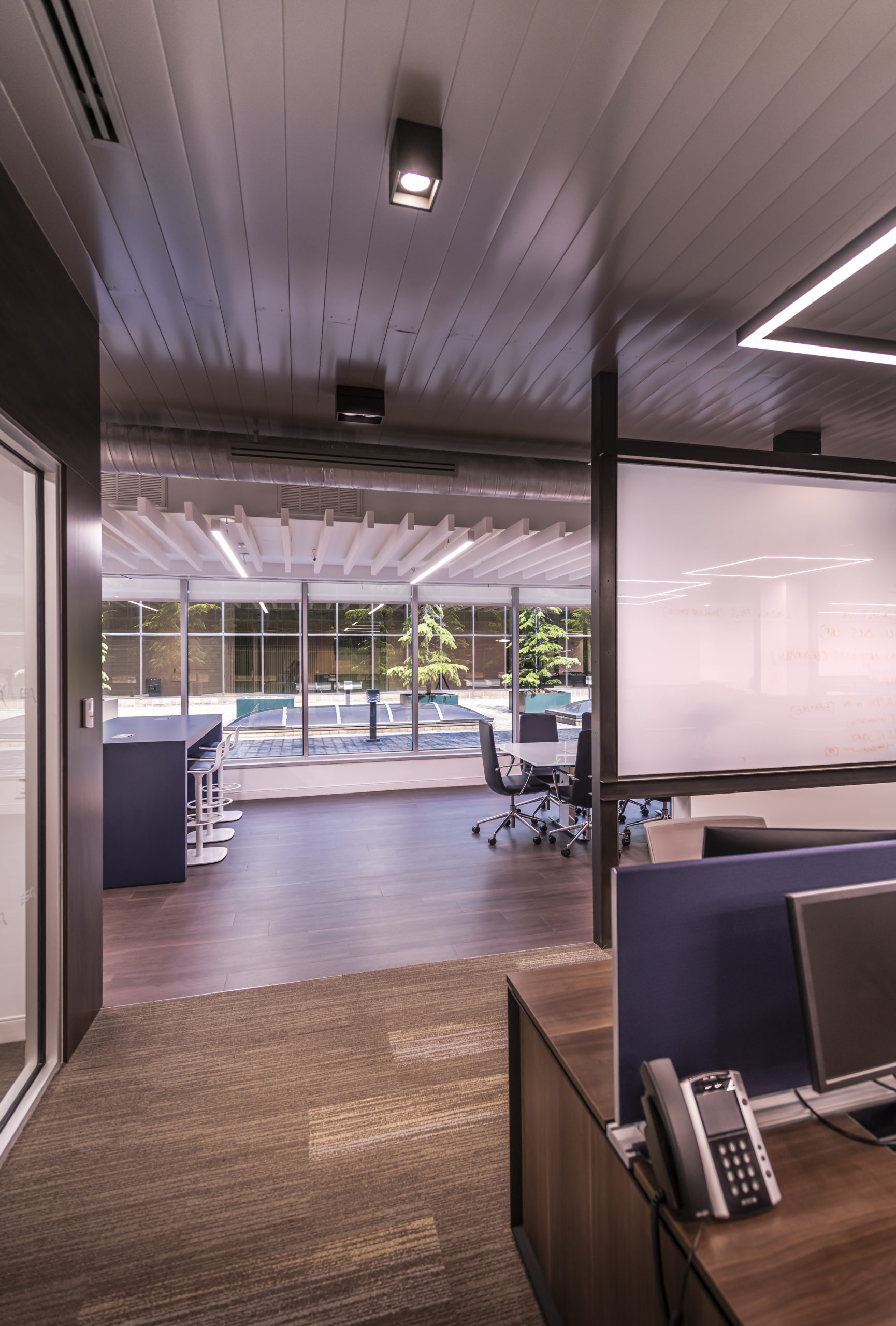 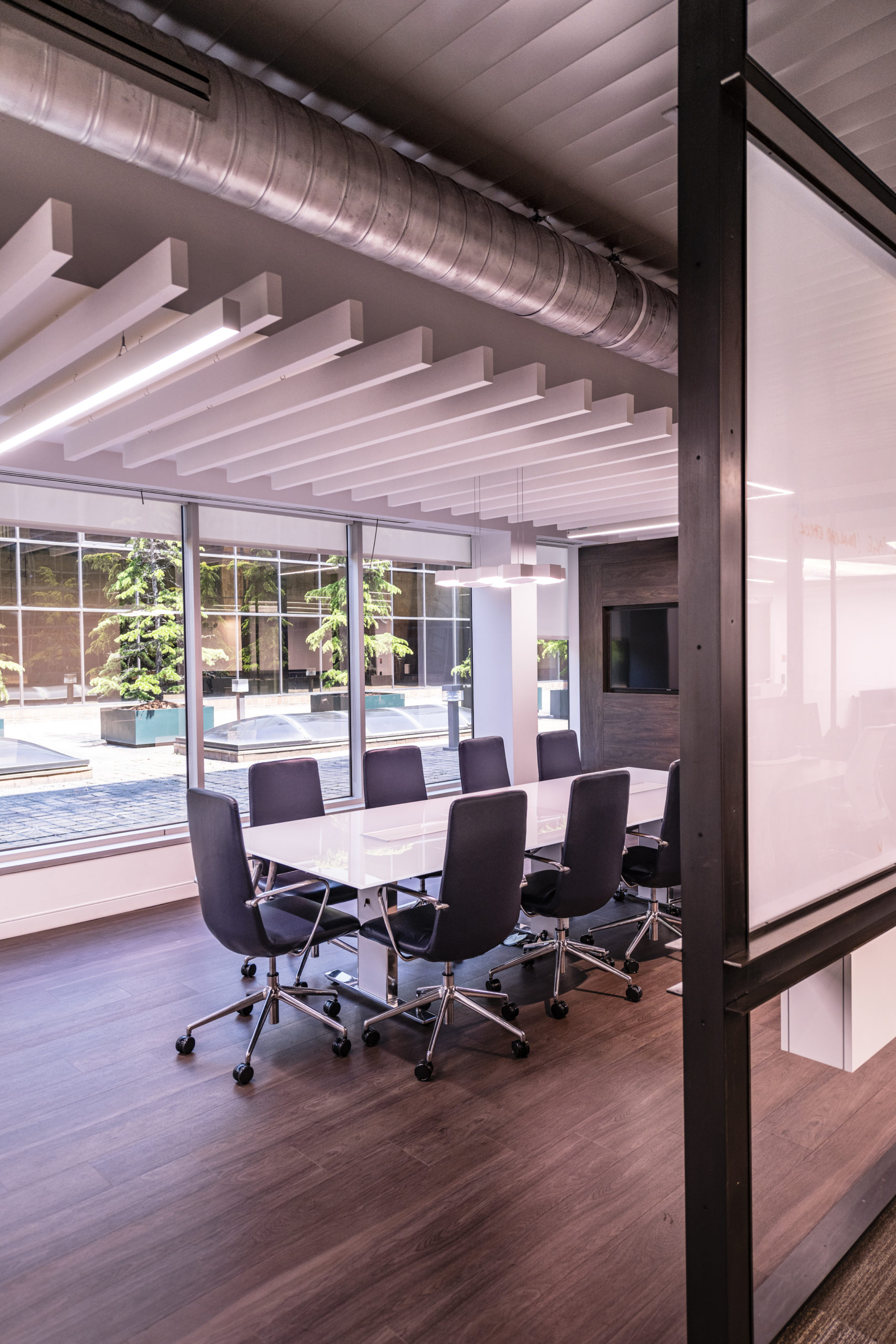 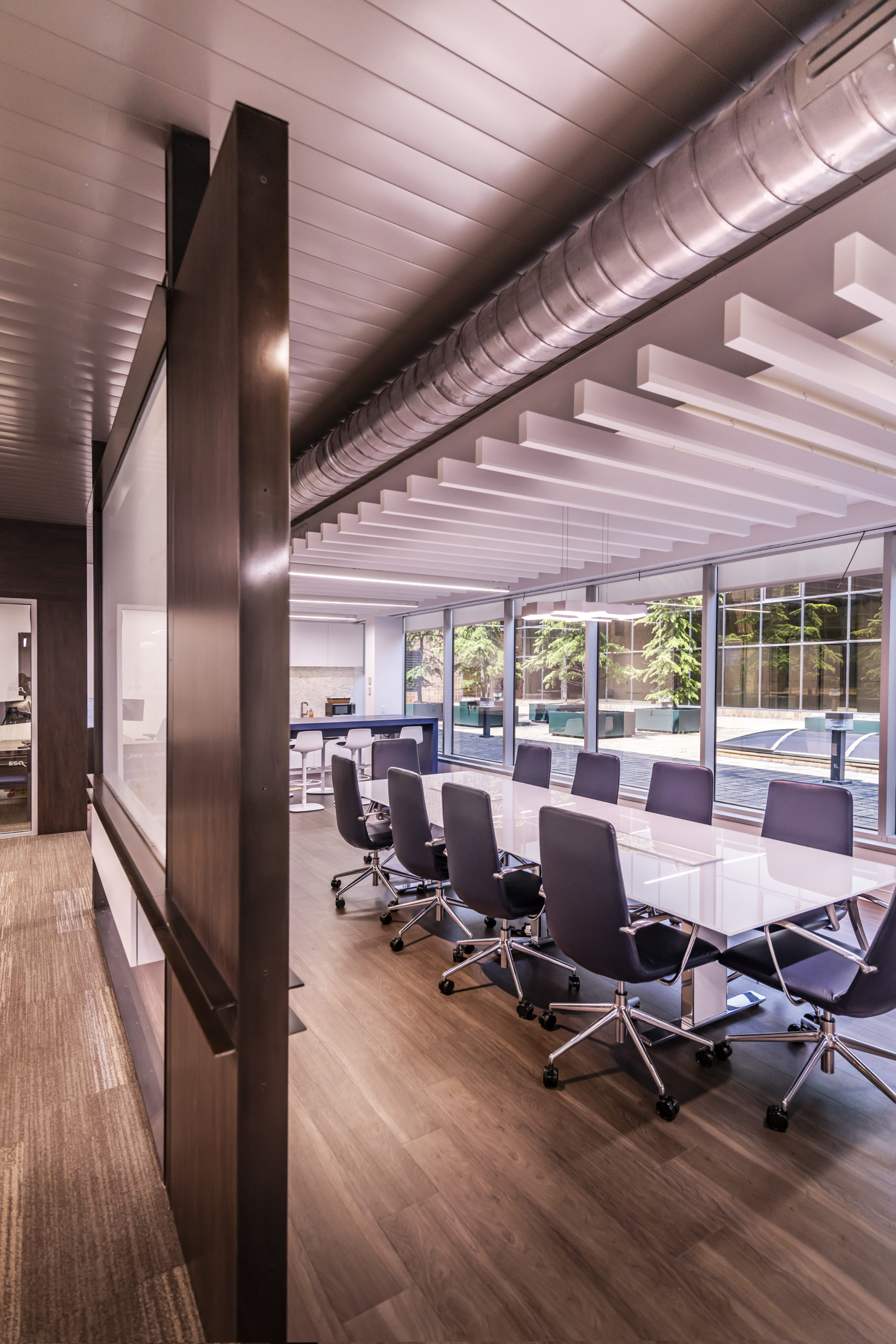 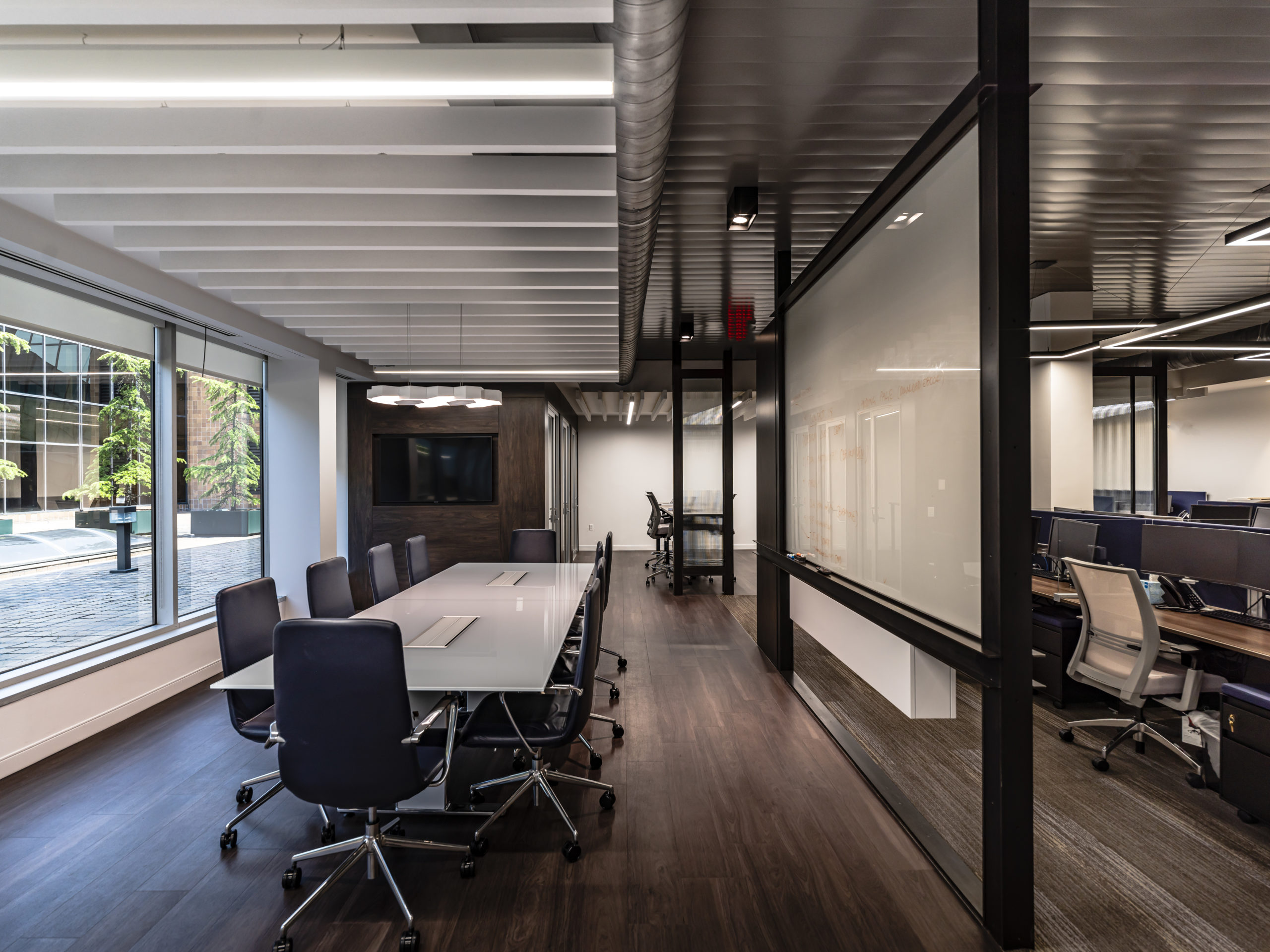 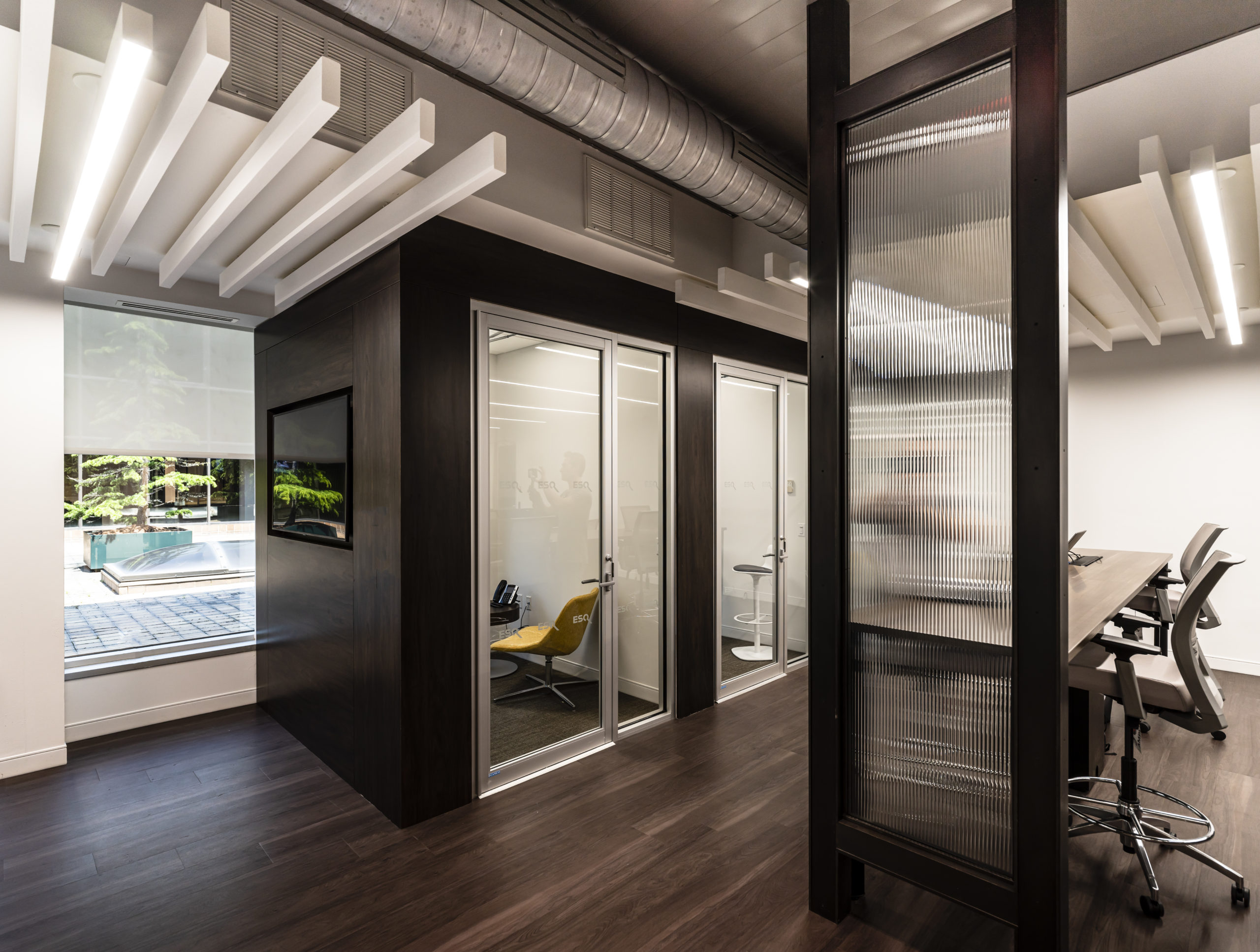